One way I have found that works well for marketing a game is to give players the ability to share a screenshot of their score on Twitter or Facebook. It works well because as soon as people start sharing their score, their friends get curious and want to play too. In this post I will run through how I implemented the ability to share a screenshot to Twitter or Facebook using Swift and Sprite Kit.

When shareScore() is called the following comes up on the iPhone: 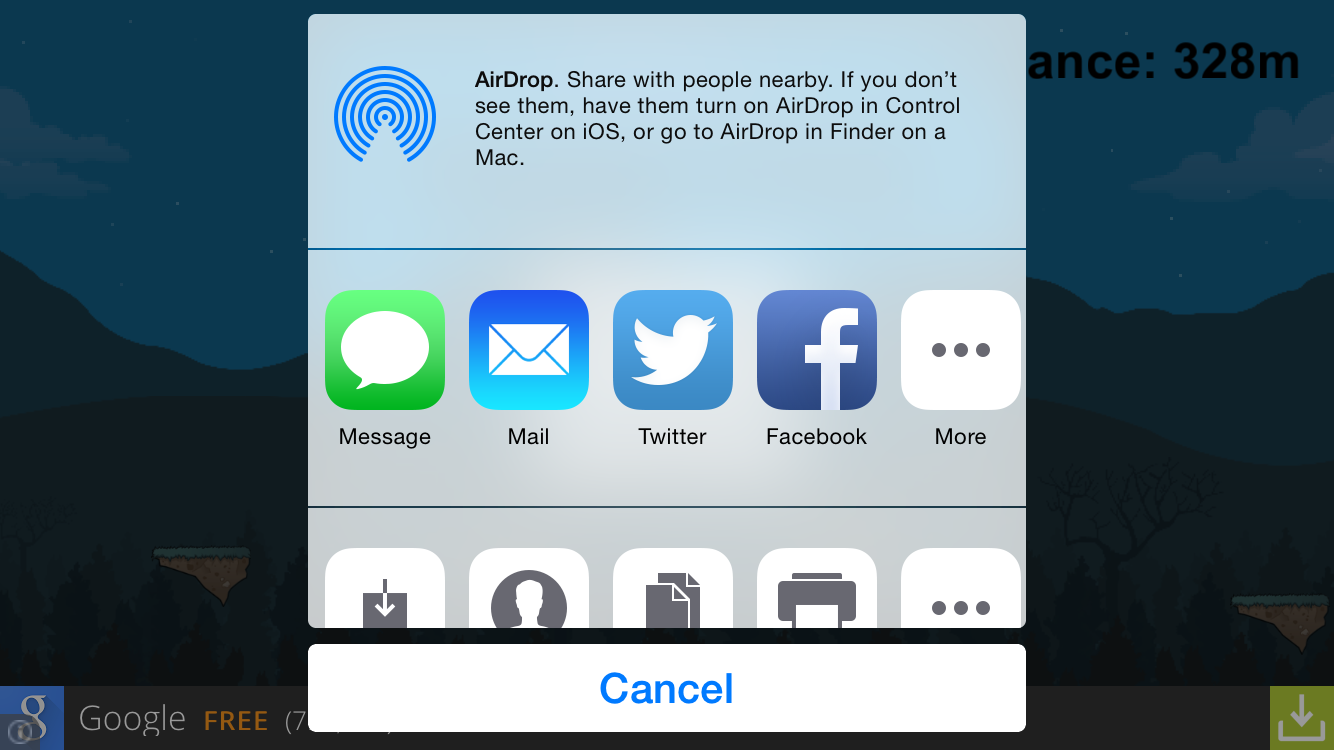 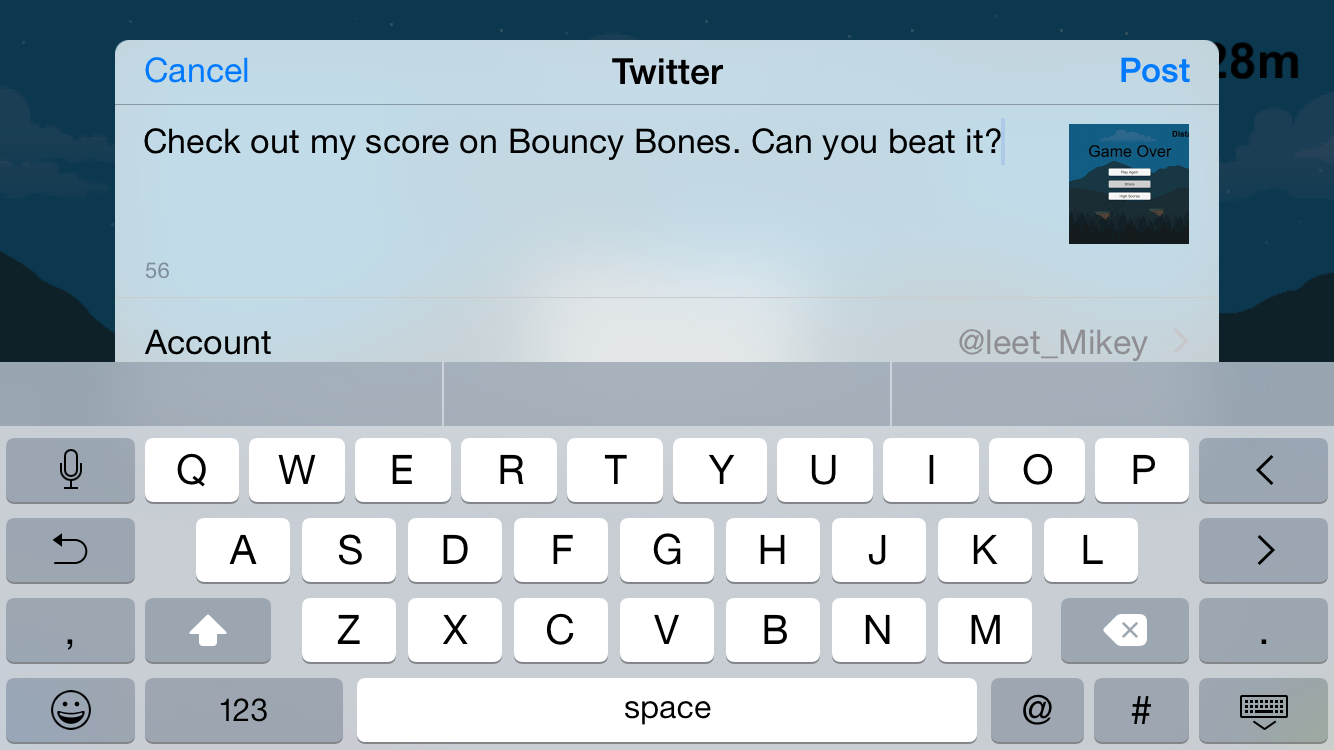 You get a similar screen for sharing on Facebook. You can use this marketing technique to drive more people to your game, then monetize by displaying Ads or having in game purchases.